You are here: Home1 / Round 1 Hampton Downs

The 13th of September saw our 2kcup campaign kick off for real. With govt restrictions still on, our series promoters worked extremely hard leading up to the weekend to give us a meeting that was not only Motorsport compliant but also govt compliant and achieved in 6 days what would normally take 14.

We ran on the smaller track at Hampton’ Downs that is used to turn the main track into the international track or for the drifters and what a handful that was.  Its not often your wheel is ever pointing straight and if it is its usually during under steer !

It was Nicks first proper race meeting and once he got to grips with the car proved he was very capable and got quicker every race and him and I had a great battle in the second race right to the end. Skippy qualified in his new number  #33 in the fast group and was going well till he received some steering damage to his car and had to pull out.

I had some great battles too in my DC5 and I am pleased to report it went great for its first outing in a race since it was built. It has plenty of pace left in it and I am excited about getting onto Puke in it in 3 weeks time.

It was a great day for most and we at 24redracing would like to thank Mark, Carl and James and all the helpers that allowed us to be the first race meeting held in the North Island post covid. 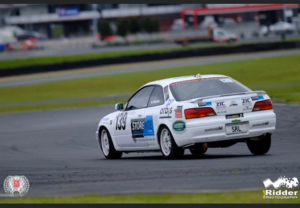 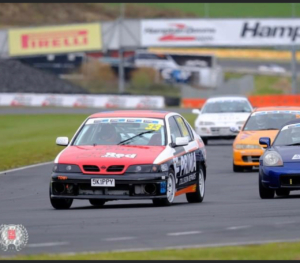 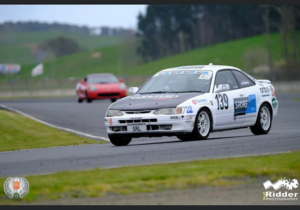