We have opened up a retail store at 59 Dalgety Drive and can’t wait to show the public what we have on offer.

Hours are 9am to 4pm by appointment.

24 Red Racing provides a platform for car enthusiasts to purchase products for their vehicles that they may not traditionally purchase because of the cost or in some cases the lead time or availability.

We are breaking the mold with retail sales and stepping out!

We have sourced products from around the globe that we believe are value for money as well as robust and well capable of doing what they are designed for. 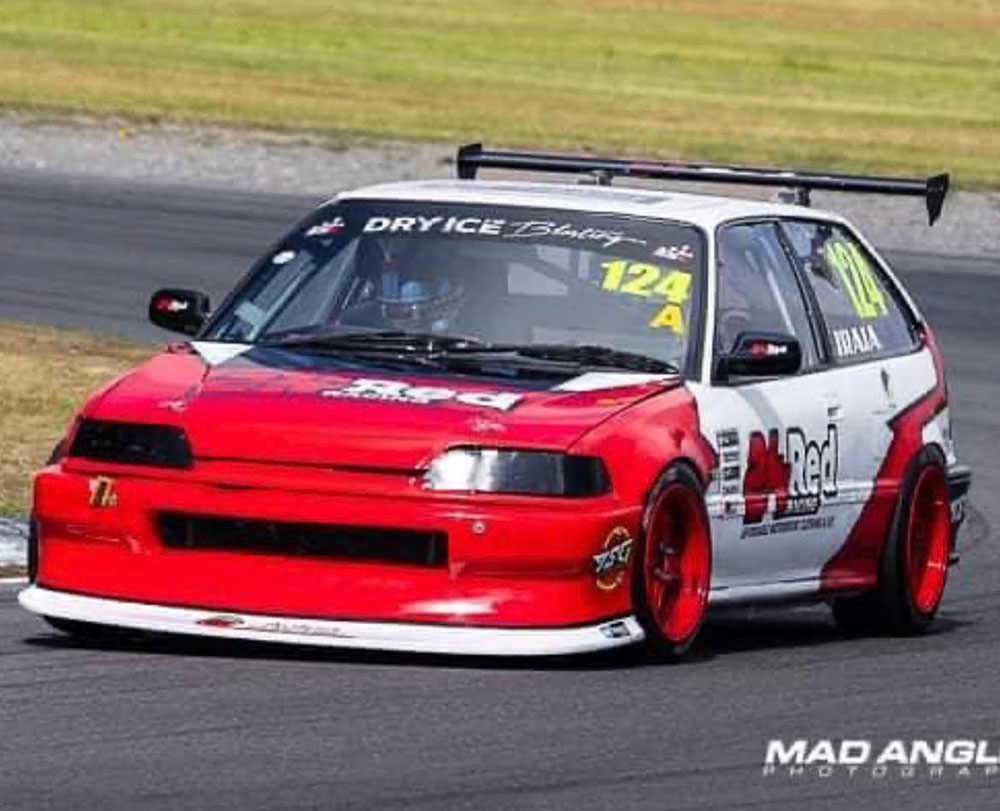 Both our online store and our retail store keep our overheads to a minimum and by working with partners who share a similar philosophy.

We are able to deliver goods to you at a fraction of the cost many others could only wish for.

Primarily all our money goes back into more kit to sell or into Motorsport Sponsorship including Store Rite Logistics being the naming rights sponsor of the North Island Series of the 2k Cup or the Ssanyong Team that we run with two dedicated 24 red drivers in 2021 as we form part of the 24red/creme race team , former scholarship winner Nik Lowndes is driving in one and future star Thomas Mallard who is just 14 is driving the other.

In the south island we are working with two 24 red cars in the SS Cup with Mark Leonard in a newly built DC5 and Eddie Irari in his Civic.

Its also our first year being involved with young Thomas Flynn as he makes a serious bid in his completely rebuilt  Formula Ford. Last year he ran towards the pointy end with an old engine so he is looking forward to carving it up with the front runners.

Also in Formula Ford we are working alongside young Will Kitching from Timaru who in such a short time has proven himself as a fast young driver and 21/22 looks to be a busy year for him after success in the South Island Enduro’s he’s now applying his skills in FF.

Our 2k Cup North Island commitment this year is once again is with James Whitlock and his all new BMW Wagon which is going to be a site for sore eyes in the 24red racing and Futura Trailers livery.

Remember, turn one is always flat out!